Tucked away on a beautiful country road in Ancram, New York you'll find Hillrock Farm, home to Hillrock Estate Distillery and Jeffrey Baker producing whiskey under the direction of Master Distiller, Dave Pickerall.  I recently toured the distillery with Tim Welly, who I knew from his days at Millbrook Winery.  I am not a bourbon or whiskey drinker (bad experience at 18) but I received a huge education about the distilling process with Tim.  I did taste at the end and was pleasantly surprised how my palate reacted. Read through the brief show notes, listen to the podcast then view the video and you will have visited and experienced Hillrock Estate Distillery. At Hillrock they have 36 acres planted that they do rotational planting between barley and rye. They lease and farm an additional 225 acres. Plant with winter varietals of rye and barley which adds a spicy character to the whiskey and really brings the terrior to the whiskey. 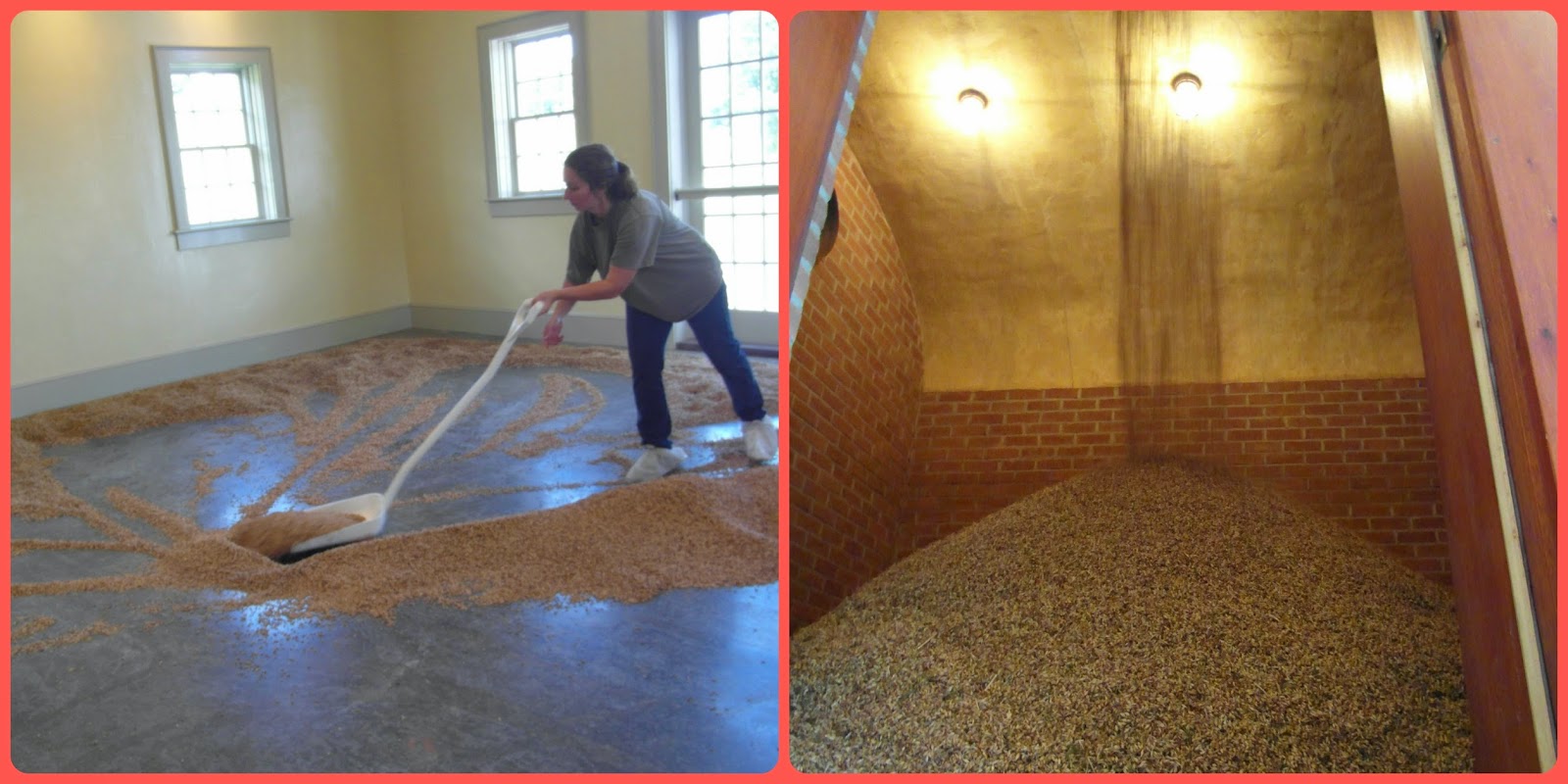 Their malt house is the first purpose built malt house at a distillery in the US since before prohibition. Malt is a controlled germinated seed (Rye and Barley)  that is planted in the fall and harvested late July. They malt or mill to create a flour like grist. When grist is added to water it’s called mash (wart when making beer.) The picture above shows them floor malting.  They sprout the grain.  The grain sprouts inside and above the seed, grows a new piece of grass.  The new piece of grass will signify they are producing amylase, which is an enzyme that concerts starch into maltose in the mash. Then they steep grain for three days with water for 12 hours at a time and  draining allowing it dry for 12 hrs at a time in a controlled environment as they wake the seed up and make it sprout. They can ferment naturally without the use of enzymes 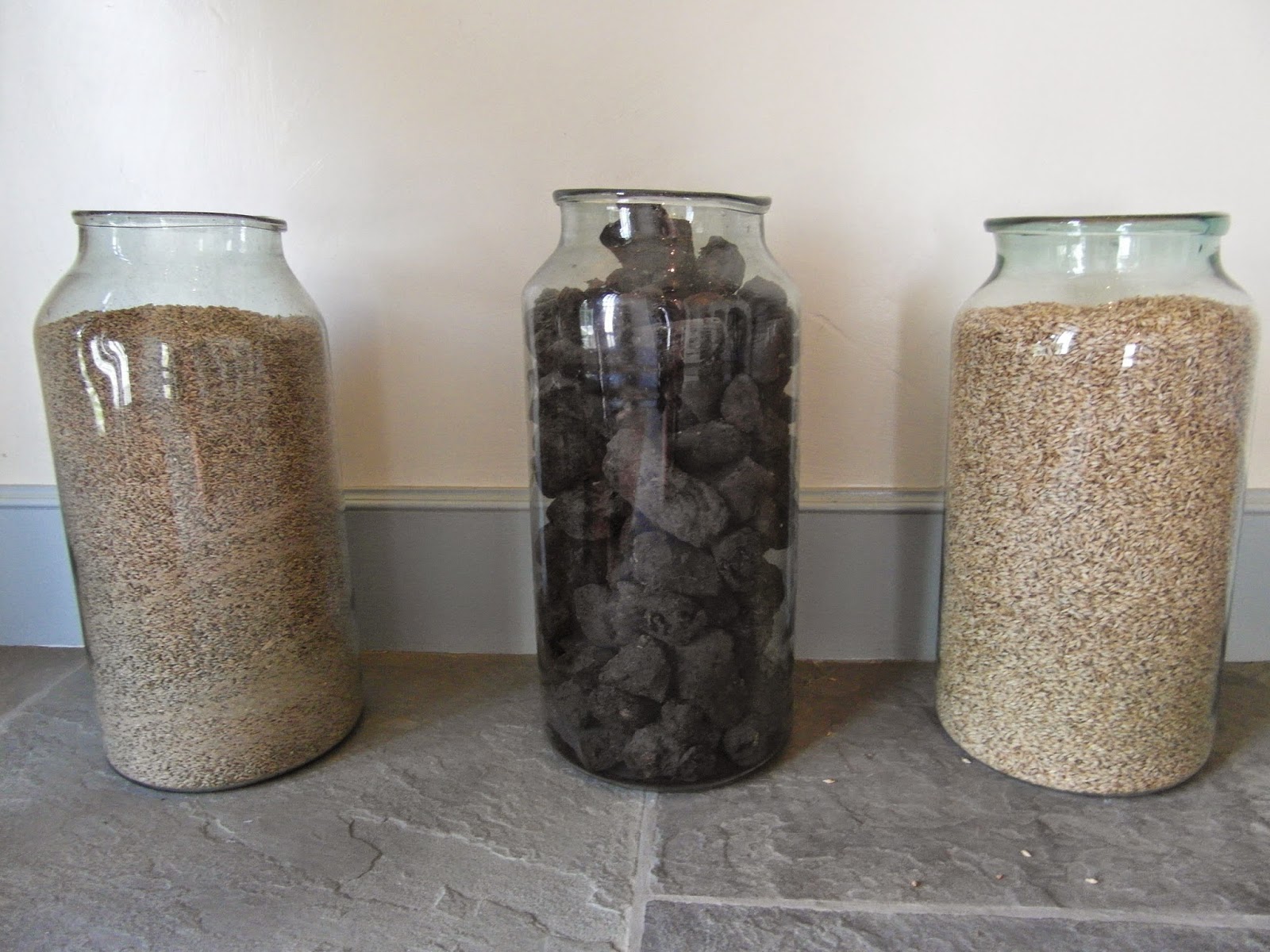 The grain is aerated with a malt rake. Once dry they will burn Peet brought over from Scotland to flavor their grain to make it taste like scotch styled whiskey.. 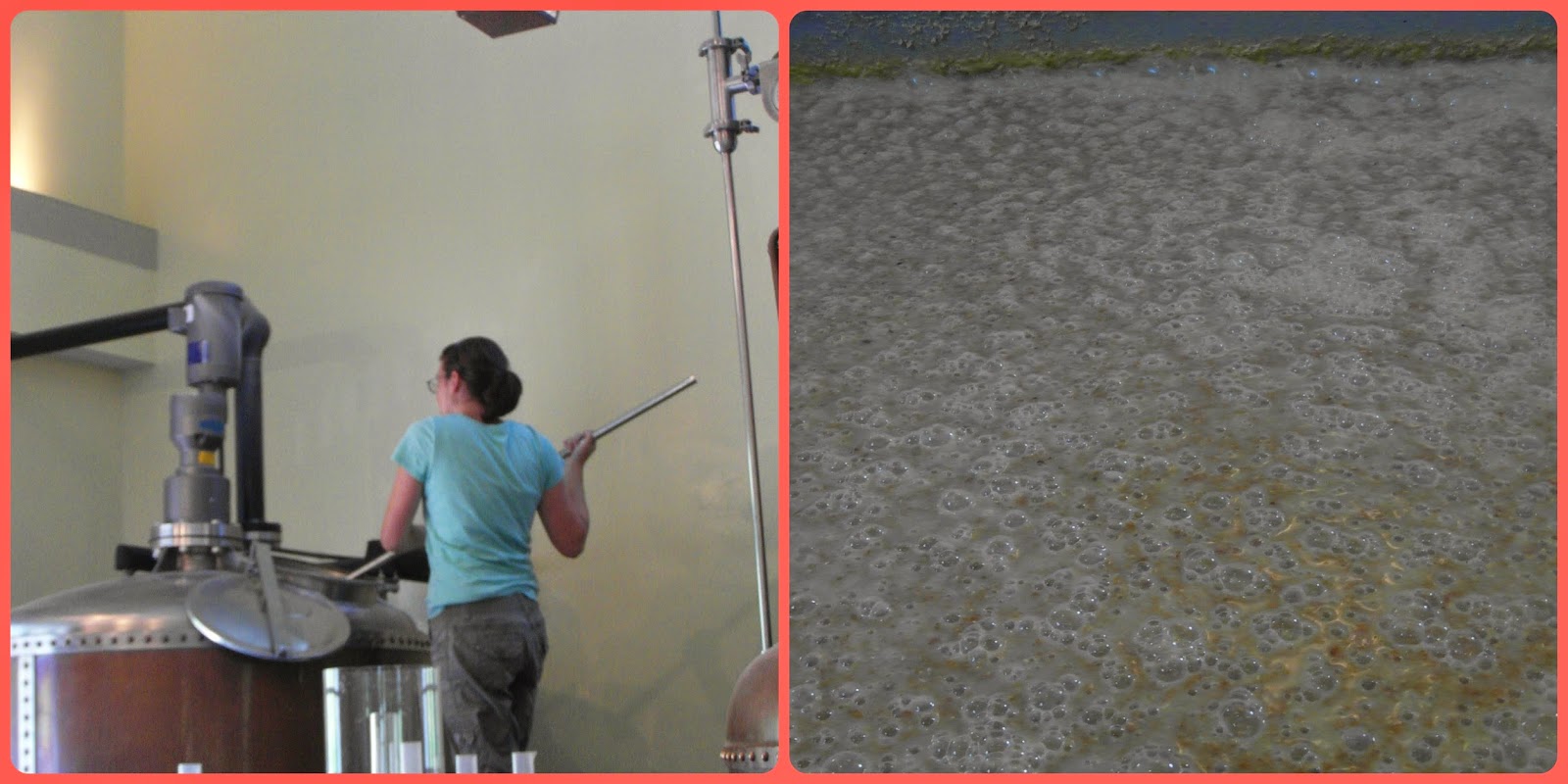 Water is then added to the malt and is then pumped over to their fermentation vessels, inoculated with yeast and fermentation begins.  Fermentation only lasts 4 to 5 days and the mash looks like oatmeal. 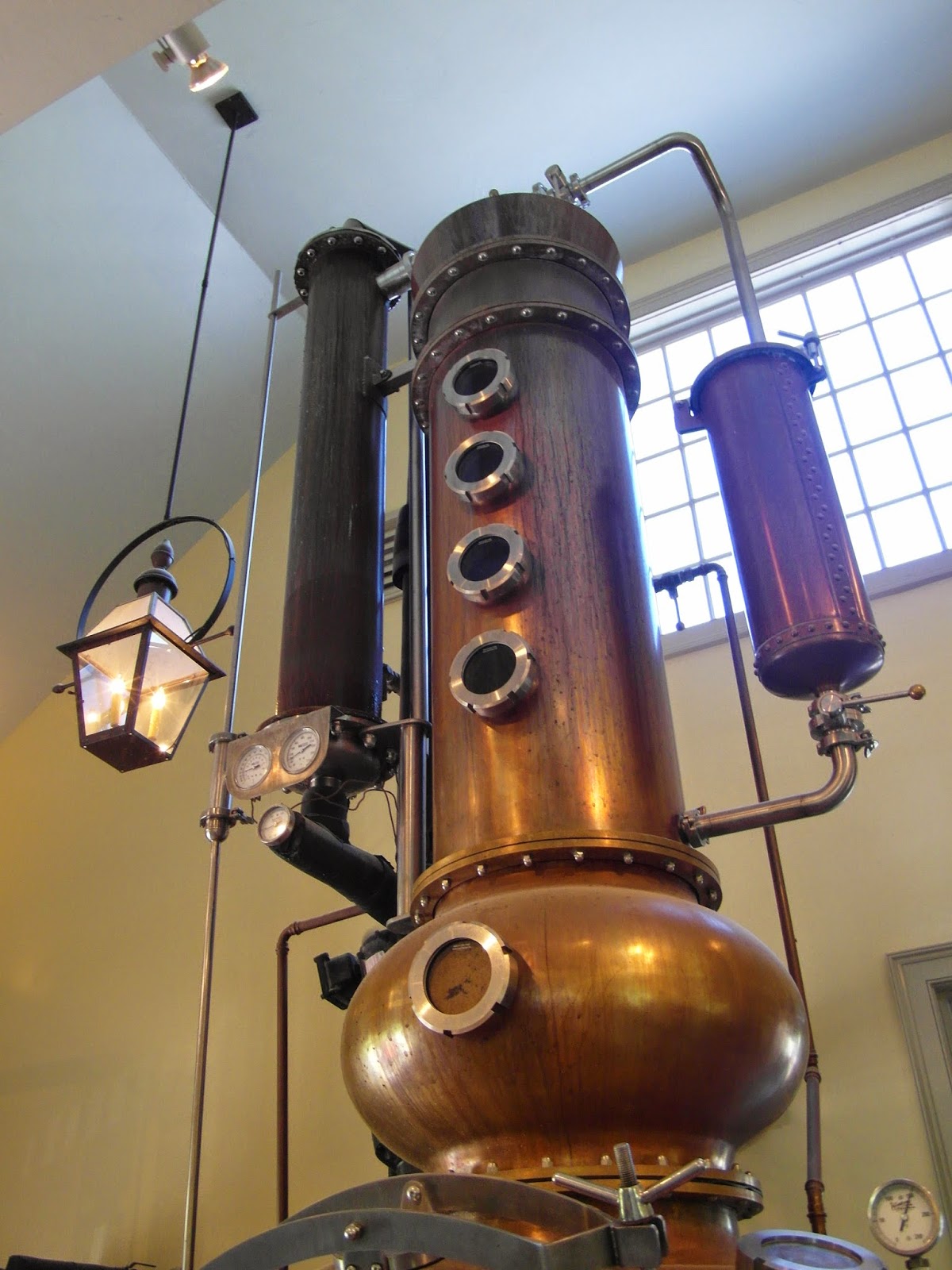 Once fermentation is done it heads to the still. Then it is aged in 8 different sizes of  new oak barrels 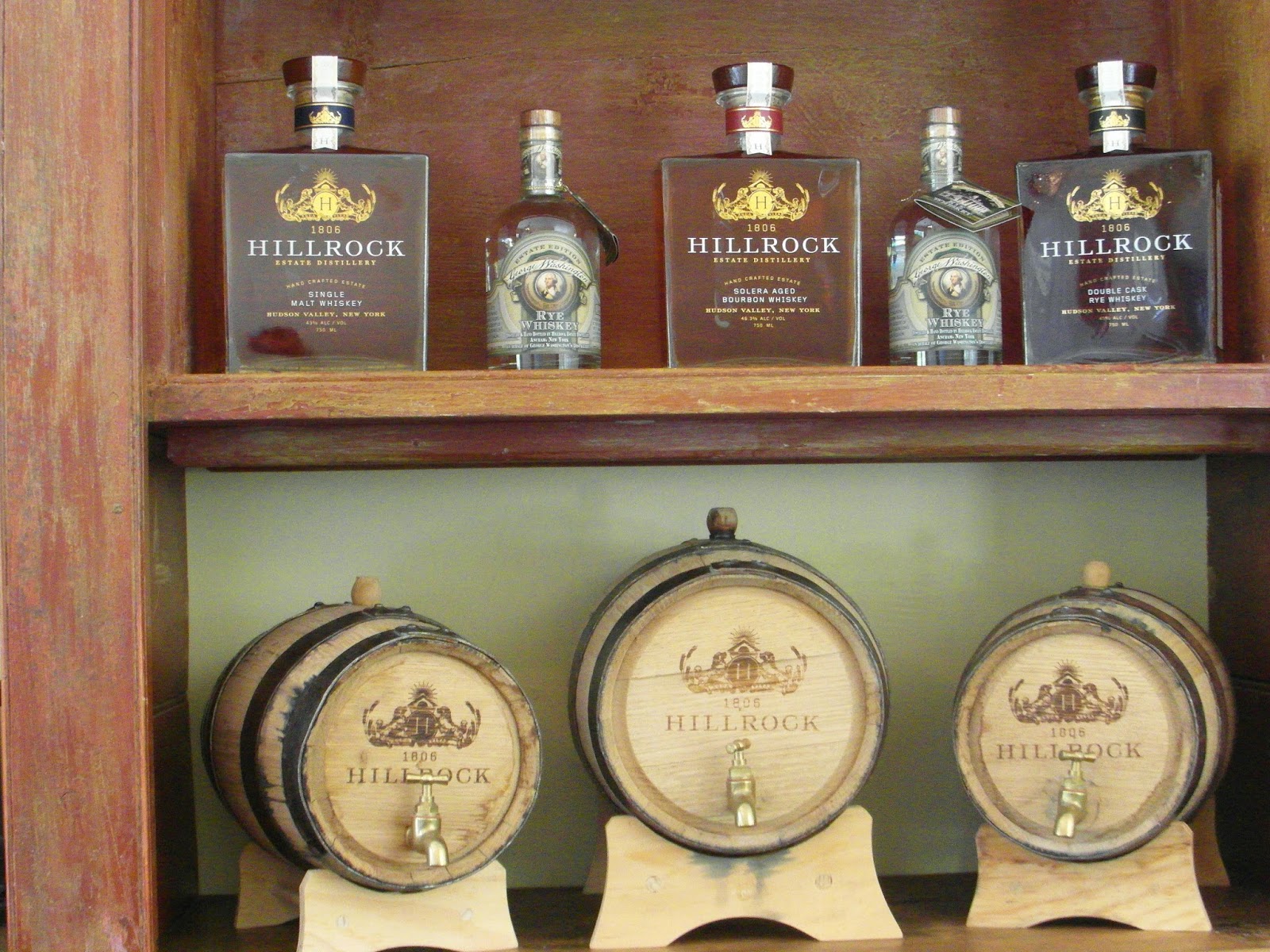 At this time they produce  4 products.

Double Cask Rye Whiskey – 100% rye grain, aromas of cinnamon and clove, caramel and butterscotch.
Single Malt Whiskey - Single malted grain.100% malt barley. Aged in new American white oak cask and finished in sherry oak casks from Spain. Highest end whiskey.  Aromas of  sweet, honey, caramel and brown sugar. 86 proof.
Solera Aged Bourbon Whiskey – Aged in Sherry Oloroso Casks this whiskey had sweeter notes. Has much more oak character.  A little creamer and sweeter on the palate than the rye and a little nutty.
George Washington Original Recipe White Whiskey –Dave Pickerall, Master Distiller (who came from Makers Mark) worked with historic Mt Vernon to create this white whiskey. It is 60%  Rye, 30% Corn 10% Malted Barley, fermented and distilled, aged in a barrel for 1 day.  Estate Edition. Each year the Limited Edition is released at Mt. Vernon. The Regents allow them to produce some of the spirits each year to increase donations to their educational foundation.  Has nice tropical aromas. The recipe was taken from George Washington's original notes and created to simulate the type of whiskey they were making at the time.  86 proof.